A Night @ The American Jazz Museum

Two years ago I began work an a documentary about an unjustly unheralded jazz photographer by the name of Bob Barry. The result was what I called a jazzumentary titled Bob Barry - Jazzography In Black & White. Even though he was fairly well known in the jazz community the public at large was largely unaware of his work. The film was completed about a year ago and was subsequently screened for thousands of people at a variety of venues and theaters including the Tupelo Film Festival, the Arclight Hollywood Documentary Film Festival and The Brand Library in Glendale. It won an Accolade Award, a Tupelo Film Festival Award and a Los Angeles Movie Award.

To paraphrase the lyrics from Vanessa William's song, they saved the best for last. On Thursday, July 11, 2013, Bob Barry - Jazzography In Black & White was screened at the American Jazz Museum in Kansas City, Missouri. If you're unfamiliar with the American Jazz Museum let me tell you a little bit about it. The AJM is located in a historic part of Kansas City on 18th & Vine, a location long considered one of the "petri dishes" of jazz in addition to Basin Street in New Orleans, Beale Street in Memphis, 52nd Street in New York City and Central Avenue in Los Angeles. It includes The Blue Room which has been a perennial pick by Downbeat Magazine as one of the top jazz clubs on the planet and across the street is the Gem Theater, the AJM's concert venue. Not coincidentally, Bob Barry's photography has been on exhibit in the museum's Changing Gallery for the last three months.

Greg Carroll is the CEO of the AJM and he makes sure it runs with the precision of a Swiss watch. From the exhibits at the Changing Gallery to the children's jazz poetry sessions to the permanent exhibits chronicling the history of jazz it's a one of a kind artistic masterpiece that has to be seen to be appreciated. So if you're ever in Kansas City, make it a point to drop by. I have no doubt that if you asked him to, Greg would take you on a tour himself, such is his love and dedication to jazz and his work at the AJM. Knowing him as I do now, I'm confident he doesn't even consider it work.

Hopefully the pictures and video I shot while there will give you a vivid perspective of my night, well, two days and a night, at the American Jazz Museum.
Read More 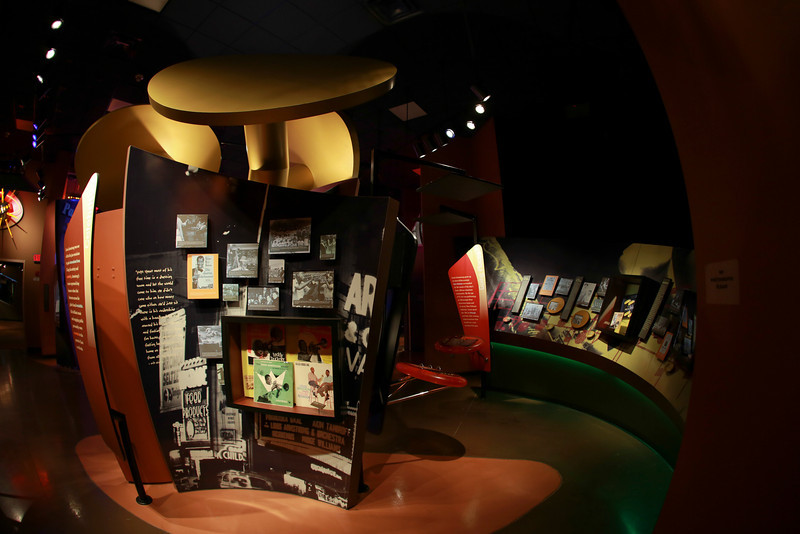